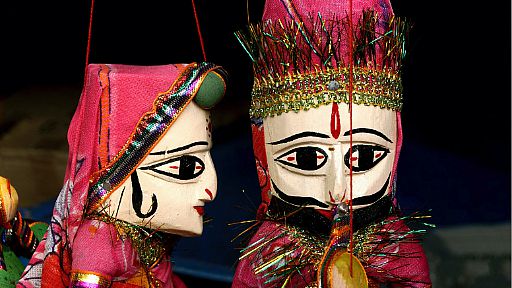 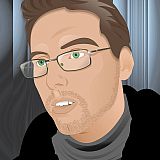 Dolls are believed to have been around since prehistoric times, and may well have been the earliest type of toy used by man. These dolls were certainly made of natural materials such as clay, wood, and fur. Many of them may have been used as children's toys, but it is believed that they were often used to represent a deity, and likely played a key role in religious rituals and ceremonies.

None of these ancient dolls have survived through the ages, but dolls have often been found in Egyptian graves dating back as far as 3000 years. Some of these dolls were made of pottery, but most were made of flat pieces of wood painted with different designs, and with hair made of strings of wooden beads or clay. Dolls have also been found in the graves of Greek and Roman children, some with movable limbs and removable garments.

Later, Europe became a major producer of wooden dolls. Some of these dolls were made from tree stumps, while others were 'peg' dolls, made with simple peg joints and resembling a clothespin. Composition dolls, which were made from mixtures of pulped wood or paper that were molded under pressure, were developed in the 1800s. These dolls were durable and could be mass produced. Dolls with wax heads were also popular in the 17th and 18th centuries. Porcelain and bisque dolls became popular at the beginning of the 19th century.

The French "bebe" dolls were popular in the 1880s. Up until this time, most dolls represented adult figures. The bebes were different, because they represented younger girls. In the 1900s, realistic German bisque dolls were introduced and became very popular. These started an ongoing trend of creating realistic dolls.

Rag and cloth dolls have been hand made for centuries. 'Rag' dolls are made of any fabric, while dolls made specifically of linen or cotton are considered to be 'cloth' dolls. Commercial production of rag dolls was started in the 1850s in England and America.

It was not until after the Civil War that doll making became an important industry in the United States. Most dolls were produced in New England, and were made of various materials such as papier-mache, leather, cloth, and rubber. Celluloid was developed in the 1860s and was used in the manufacture of dolls until the 1950s. Although these dolls could be mass produced very cheaply, they were extremely flammable, and would fade in bright light.

Hard plastic dolls were made in the 1940s, and dolls of vinyl, rubber, and foam rubber were made in the 1950s and 1960s. The use of vinyl allowed doll makers to insert hair into the head, rather than having to paint the hair on, or to use wigs.

Modern dolls have traditionally been toys for children, and 'action figures' representing 'superheroes' are now very popular with boys. There are even 'virtual' dolls available on the Internet which can be designed, dressed up, and played with on web sites. Most dolls are now manufactured using modern materials and mass production techniques. However, dolls are also now collected by adults, and some manufacturers use the same kinds of materials that were used in the past, to create 'vintage-style' collectible dolls. But whatever the type of doll, they all trace their roots back to prehistoric times. They are truly 'toys from antiquity.'

There hasn't been any users whom have commented on this entry yet.
Be the first one!